A logo for Kiku

When Aparna Massah of Chez Kiku reached out to us in early 2020 to talk about a logo for her new home chef business, I was overjoyed. Food! Drawing! Drawing food! Designing menus! All of my favourite things in one project? So it would seem. And in the year of Our Lockdown 2020, I was glad to drown myself in research and colour palettes, especially as a distraction from, well, gestures at everything.

A quick chat with Aparna (and then a longer chat with Bee about Aparna) revealed essential details we used to set direction. Aparna LOVES cooking and feeding people. Her feasts are lavish. As a person, she’s vibrant and larger than life. Her food? A delicious mix of dishes from her Malayali-Marathi heritage and her husband’s Irani traditions – in fact, at one time, the Massahs were proprietors of an Irani cafe.

I got pretty excited by the thought of the bright checkered tablecloths and hand-drawn type of the Irani Cafe option, but when the feedback hit our inboxes, I was almost disappointed when Aparna chose our second idea – the Mom’s Table. But my disappointment quickly dissipated when we began a deep-dive into the traditional patterns of Persian ceramics. No matter how intricate, the repetitive round motifs could be easily used as stamps, and the colour palette we could pick from was simply luscious. After some deliberation (should it be one of the patterns? Why can’t it be the little goat?), we quickly concluded that the logomark should depict Aparna herself, in all her vibrancy and generosity.

And so, fueled by a LOT of coffee, I began sketching some ideas – inspired by Poh from Masterchef Australia and her joyous attitude towards her food. But I wasn’t ready to let go of the patterns – I was sure that I wanted them somewhere: whether on the logo or the menu… just, anywhere! So, drawing from a whole repository of collected images, I created some detailed icons that I was determined to use. I knew Bee could make Aparna see the light.

We ditched the little goat on request, cute as he was – lest anyone think the Chez Kiku menu wasn’t vegetarian-friendly. And after some trial and error, some detailing, and a lot (A LOT) of discussion about colour and fonts, we finally had the distinctive Chez Kiku logomark.

The logo is drawn with simple, smooth lines – just enough to create a stylized depiction of Aparna’s torso. We brainstormed a fair bit about how much detail should go into her face and settled on a single silhouette, along with her signature nose pin. In her hand, she holds a plate of one of her favourite dishes – stuffed mirchis. And, as it was meant to, the pattern found its place too, as a motif on her sleeve. 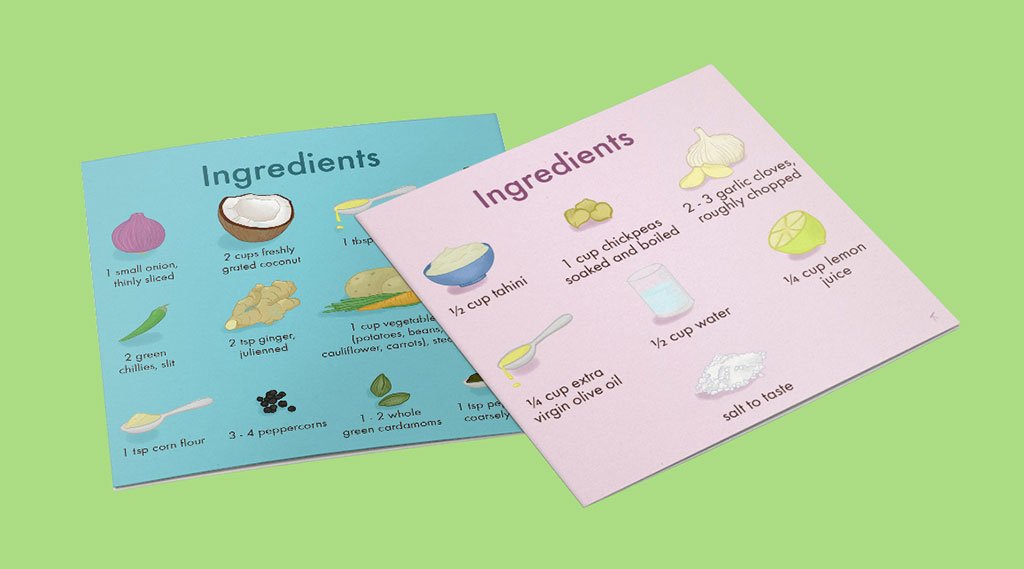 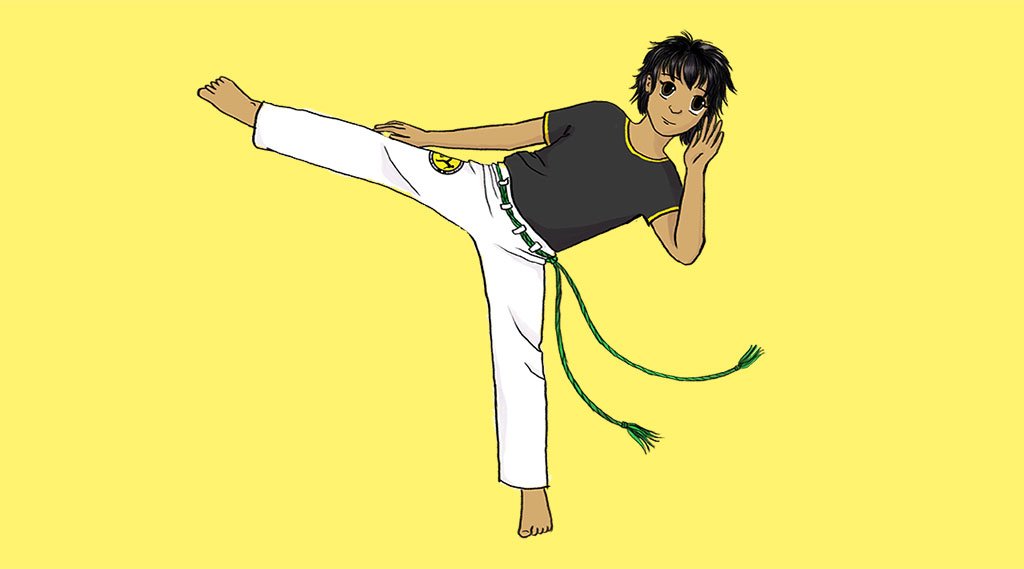 Of secret plots and organic logos